English
High Quality Products Can Be Purchased.
You are here: Home » News » Bottled or Canned Beer

The question of glass over aluminum beer cans is hotly debated, and generally most differences are a matter of personal taste. The science however is clear, beer lasts longer in aluminum cans than it does in glass bottles.

The Evolution of Beer Storage

Fermented beverages like beer and wine have been around for thousands of years, with hard evidence of the existence of ancient beer dating back to ancient Sumeria. The early middle eastern human civilization stored their beer in ceramic jugs. Because drinking water was often contaminated with waste and debris, beer was a safe alternative and it was such an integral part of the Sumerian diet that hymns were written to the goddess of beer with the recipe used by female priestesses.

While ancient civilizations stored their beer in ceramic jugs, today beer generally comes in either aluminum cans or dark glass bottles. Many aficionados of the beverage debate over the taste and benefits of both storage options. Some argue that glass keeps the drink colder, while aluminum contributes to more carbonation and “beer belly.” Canned beer drinkers argue that glass beer is skunky or too foamy from the tapered spout. Both sides are not without their merits, but scientifically speaking- beer from a can will last longer and remain fresher than that of beer in a glass bottle.

Glass bottles to store beer date back to the 16th century when it was discovered that beer generally remained fresh and didn’t turn sour as quickly in glass. The iconic bottleneck brown or green glass beer bottle took some years to formulate but eventually manufacturers discovered them as the best product available to handle the carbonation process and retain the integrity of brew for as long as possible. Glass bottles were also later found to allow for a second fermentation process that created a POP! effect when opened and created the carbonation we associate with beer today.

Through scientific research it was eventually found that beer has the unfortunate quality of tasting like skunk spray if exposed to UV light for extended periods of time. Glass, especially clear glass, allows for a wide array of UV light to leak through to the beverage stored within. The dark brown and green colored glass blocks a significant portion of light from affecting the beer and therefore was considered the best storage option for years. Today glass can be treated with UV protectant in order to block out the harmful rays, but many still consider brown glass to be the best for glass beer storage. 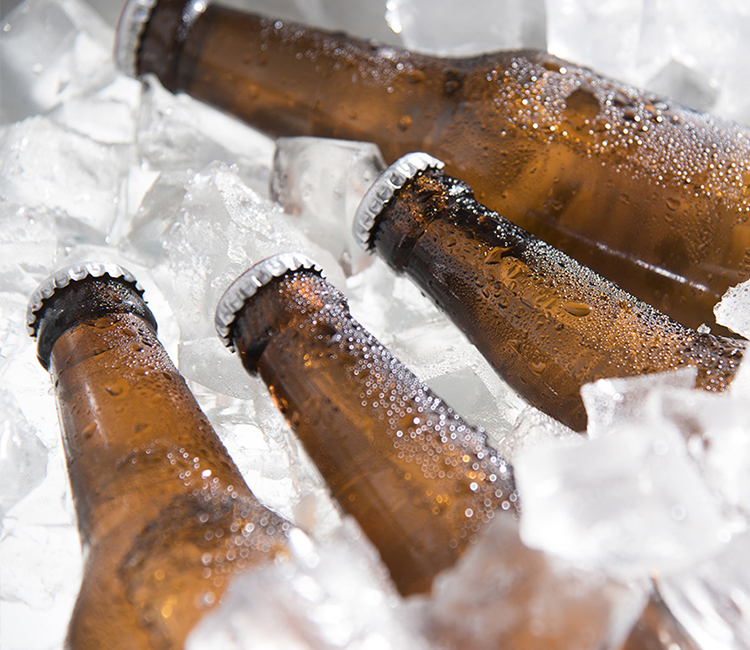 Introduction of the Aluminum Can

While glass was found to keep beer fresh for longer than alternatives of the time, it had its drawbacks. Namely- glass is expensive, fragile, and heavy. In the 1930s when the metal can was introduced as a novel way to store beer. Originally steel was used and a few decades later we finally arrived at the modern iteration, aluminum. Metal canned beer was immediately popular and remains so today. Once breweries adapted their bottling methods to metal cans they quickly overcame glass bottling in popularity.

Why were aluminum cans so popular? In short, because they had far less drawbacks than that of their glass counterparts.

Clunky glass bottles are hard to transport, heavy and unwieldy. Think about if you had to pack a cooler for a tailgate and had a limited amount of space. In order to maximize space inside the cooler, canned beer is a no brainer when compared to glass bottles. You can stack them lengthwise or widthwise and the compact shape allows you to utilize the space in a cooler far better than with the bottleneck glass bottles- what was an innovative feature of the glass bottle is now a major drawback when it comes to how it stacks up against metal cans. Glass bottles also weigh far more than metal cans. A six pack of bottled beer weighs about seven pounds on average, while a six pack of cans weighs about five. That doesn’t seem like a huge difference but every pound counts when it comes to portability.

Glass is far more expensive than the thin metal sheets required to make aluminum cans. Aluminum prices may be higher than that of glass by weight, but only an extremely thin sheet of aluminum is needed to make a can- which ends up making it cheaper. Additionally, aluminum production lines are easier to automate because of the wider opening and require less employees to staff them.

Aluminum cans are better for the environment than glass bottles in some ways. Aluminum is far more likely to actually be recycled, according to the EPA about half of all aluminum beer cans are recycled. Recycled aluminum on a large scale is also much easier to repurpose. Less glass bottles are recycled, and when they are they strain the system and are difficult to reuse on a larger scale.

Aluminum cans are lined to prevent the metal impacted the taste of the beer. While some people will say that beer out of the bottle tastes better, under blind taste testing conditions it has been found that there is no significant difference between beer from a bottle and beer from a can. However, when the beer was in their line of sight a significant number of people claimed that the beer in the bottle tasted better than that in the can.

And most importantly, while the dark translucent glass bottles blocks out some UV light- opaque aluminum blocks it all out. This results in beer remaining fresher for much longer. When beer is poured into aluminum cans the process includes an airtight seal which prevents oxygen from getting to the beer and making it go stale faster. Most beer does not benefit from oxygen fermentation so aluminum canning generally keeps it much fresher than glass bottles, which allow some air in. 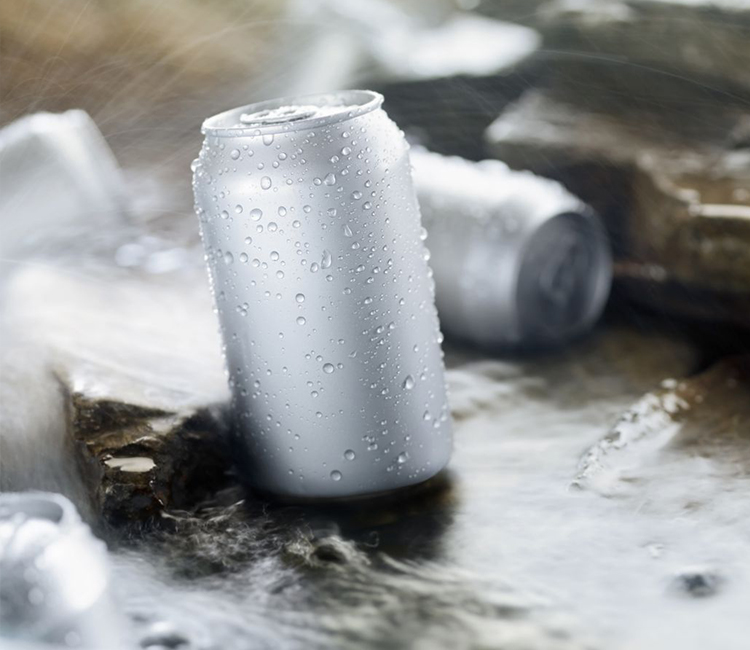 So, Glass Bottles or Aluminum Cans?

Overall beer lasts longer without going bad in aluminum cans because the opaque metal blocks out any UV light and prevents oxygen from getting in and making the beer go stale. However glass bottled beer can be stored in a way that makes it last longer. Storing glass bottled beer in a cool, dry space can make it last just as long as canned beer. In fact, some bottled beers actually benefit from the aging process and get a second fermentation.

In modern times with refrigeration technology where it is now, the benefits of aluminum cans for beer storage are rendered moot because beer can be stored for the same amount of time in glass bottles and kept fresh with some adjustments. Glass vs. cans is up to personal taste and style largely, but there are benefits to using glass bottles depending on personal preference. Glass bottles on an individual scale can be reused multiple times, making them more environmentally friendly in some senses. Some people may prefer to drink out of glass bottles because they are thinner and easier to hold, and the smaller bottleneck may be easier to drink out of. Although aluminum cans get colder quicker, the temperature can be held better in a glass bottle and you avoid the “burn” of cold metal on skin. Some people simply may prefer the look of a glass bottle over that of a metal can.

Whichever way you choose to imbibe, it is likely that with proper storage and refrigeration there are no significant differences in freshness between bottled and canned beers. Today most every mainstream beer brand has both glass and bottled options. Small craft breweries offer small batch brewed beers in either type of container depending on which fits the needs of the individual type of beer. There are many options when it comes to partaking in one of histories oldest pastimes, and there is no best way to consume beer, it is up to personal taste. However you like your beer, from a can or from a bottle, the best way to drink it is definitely cold and in a glass among friends.