The brown ales of Flanders are a distinctively regional style in Belgium. These beers, deep copper to brown in color, are faintly to strongly tart with a dry, assertive, lactic character. They have a very complex caramel/nutty/slight chocolate malt character, with flavors sometimes reminiscent of olives, raisins, or spices. The unique fermentations lead to a fruity, spicy complexity with a vinous nature. Hop flavor and aroma do not make an impression, though the bitterness can be assertive.

Belgian-style pale ales are similar to British pale ales but are more spicy and aromatic both in malt and yeast character. Belgium pale ales are amber to copper in color and characterized by low, but noticeable, hop bitterness, flavor and aroma. Light to medium body and low malt aroma are typical boasting sweetish to toasty malt overtones. May have an orange- or pear-like fruitiness though not as fruity/citrusy as many other Belgian ales. Diacetyl should not be perceived.

This West Flanders style known as the "burgundies of Belgium" is distinctively red in color, thin but firm in body, and tart with a wide range of fruitiness. The red color comes, in part, from the use of Vienna malt; but it is also derived from aging in the brewery’s uncoated oak tuns, which creates caramel flavors, tannins, and acidity.

Saisons are the summer and harvest specialties for French-speaking Belgium. The characteristics of the style are a powerful effervescence and a unique fruitiness, often with citric notes and a pungent sourness accented with aroma hops. This ale is distinctively bitter but not assertive. The style is crisp, tart, and refreshing. Most of these beers have a distinctive orange color, though they can range in color from light to amber. A crystal maltiness is sometimes evident.

Belgian golden ales are strong, golden in color, full of fruit, and somewhat hoppy, with low hop flavor and aroma. Usually they are very effervescent. References to the devil are often a trademark of these beers.

Trappist ale is beer that is brewed only in Trappist monasteries, or under license of a Trappist monastery. Its appellation is thus based on origin rather than referring to a style. These beers are identified as "trappiste" and are made by only five breweries in Belgium and one in the Netherlands. The five abbeys in Belgium are Orval, Chimay, Rochefort, Westvleteren, and Westmalle. There are commercial versions, not brewed under the control of monks, that are referred to as "bière d’abbaye" or "abbey beer." The ingredients and brewing methods for abbey beers are similar to those for the Trappist beers. Although widely varying in character, Trappist beers are generally regarded as relatively strong, malty, and fruity, with a unique Belgian spiciness and a slight acidity that sets them apart from all other ale traditions.

Lambic is a type of wheat beer that has the unique distinction of using unmalted wheat and being spontaneously fermented. The lambic family of beers includes many different substyles, such as gueuze, faro, kriek, and framboise.

Beers that originate around Leuven and Hoegaarden are traditionally known as "white" beers because of their very pale color and a degree of cloudiness. They are Belgium’s dessert beers, with a tangy, faintly acidic aftertaste, and are sharply refreshing, with hints of orange, honey, and spices. 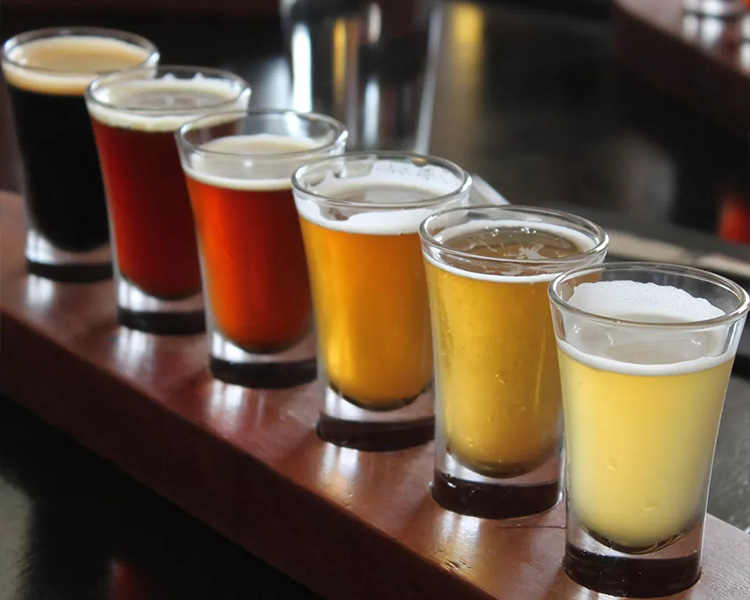