Although much of the suspended yeast will settle to the bottom of the storage tank by gravity sedimentation, it can be very time consuming in preparing beers for filtration. Consequently, the brewer can add fining agents at the onset or during storage to speedup the sedimentation process. Alternatively, the brewer can use centrifugation to remove yeast and other solids after fermentation. Each of these processes is described in the following sections.

Isinglass is a traditional "real ale" clarifier used in the United Kingdom, where the style of beer benefits from a 48 hour clarification before or after casking. It is also used for fining chilled and filtered beers. Isinglass is a gelatinous substance derived from the internal membranes of fish bladders and comes in many different forms. The currently accepted mechanism involves a direct interaction of positively charged isinglass with negatively charged yeast to form flocs, which precipitate. Its effectiveness in settling ale yeast varies with the strain of yeast, and it is generally not recommended for precipitating lager yeast.

Centrifuging is a popular method of reducing the yeast content of beer and is often used where fining agents are not used or are used in conjunction with fining agents. Many brewers who practice accelerated cold conditioning use centrifuges, as they offer a greater degree of control over yeast count and eliminate the time needed for maturation and fining.

The first method is to use the centrifuge to separate the yeast crop as the beer is transferred from the fermenter to the conditioning tanks. This accomplishes beer transfer and yeast collection in one step.

The second method is to use a centrifuge to clarify the beer after the yeast has been separated by sedimentation.

Centrifuges have a number of advantages such as small space requirement, more consistent clarity, most are self cleaning, minimum oxygen pickup, and can be continuously operated for an indefinite period. 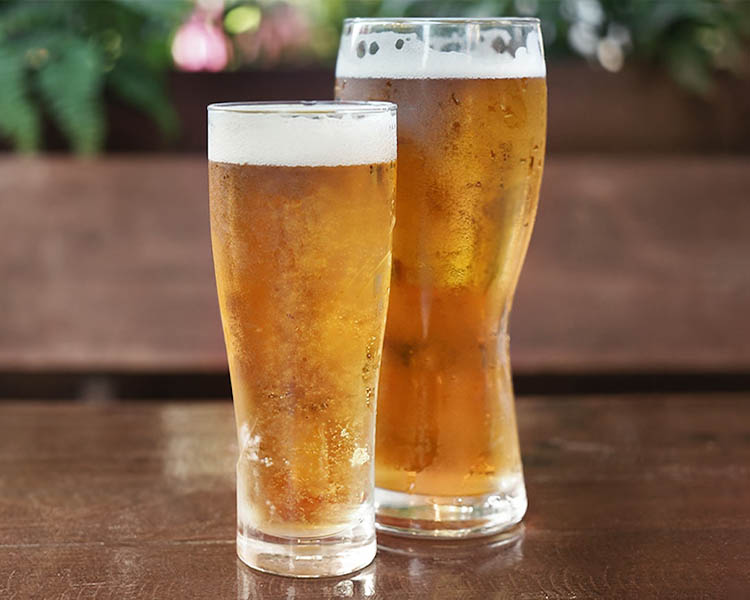