As recognized masterful crafters of copper brewing equipment, this places us in the best position to launch into producing the beautiful copper work necessary to make the best distillery equipment. As distilling equipment is fabricated from copper and stainless steel, we are perfectly placed to be able to manufacture the kind of distillery equipment that not only works perfectly but also looks amazing.
Product Description

The function of the pot still starts, fittingly enough, inside the pot itself. The pot is a large tub-like base to which the rest of the components attach themselves. This is where the liquid about to be distilled starts its transformative journey. The pot may be heated by a variety of different methods. This can include a steam jacket lining the outside walls of the pot or even a steam coil inside the pot itself. 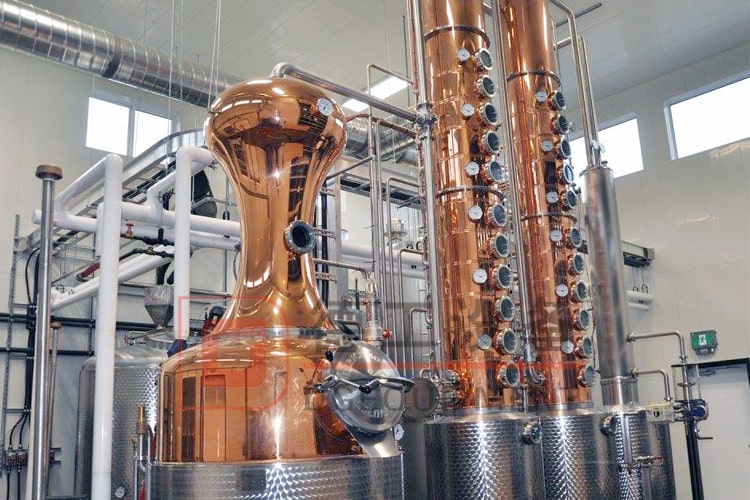 The length, diameter, and angle of the lyne arms determine how quickly the vapors and the swan neck shape the character of the spirit, such as whiskey.

During distillation, this vapor travels up the gooseneck at the top of the pot still and down the lyne arm; after which it travels through the condenser, where it’s cooled to yield a distillate with a higher concentration of alcohol than the original liquid. 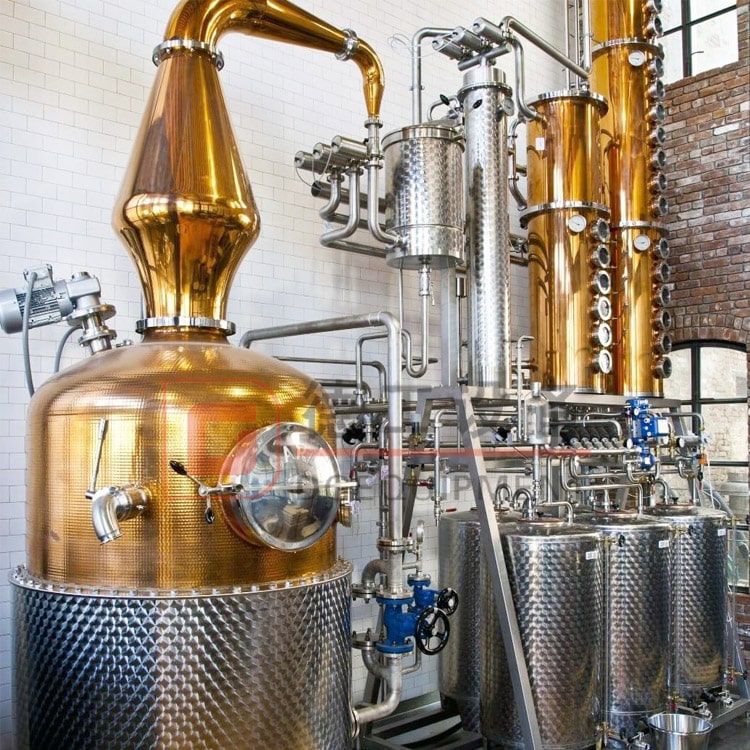 A dephlegmator is a device set for the partial condensation of a multicomponent vapor stream. The vapor stream flows vertically upwards and the condensate (condensed vapor) runs back down under the influence of gravity.

A tube-type heat exchanger dephlegmator at the top of the distillation column sends the distillate back toward the boiler, with a cooling water inlet and outlet, topped with a thermowell.

The hot vapor enters the downpipe from above, exits from the bottom of the downpipe, rises upward, passing through the tray of botanicals, and exits through a horizontal tube at the top.

The gin basket allows for botanicals to be used in the vapor path added for a very clean, top-class end product.

This is a device or unit used to condense vapor into liquid, with a cooling water inlet and outlet, topped with a thermowell. 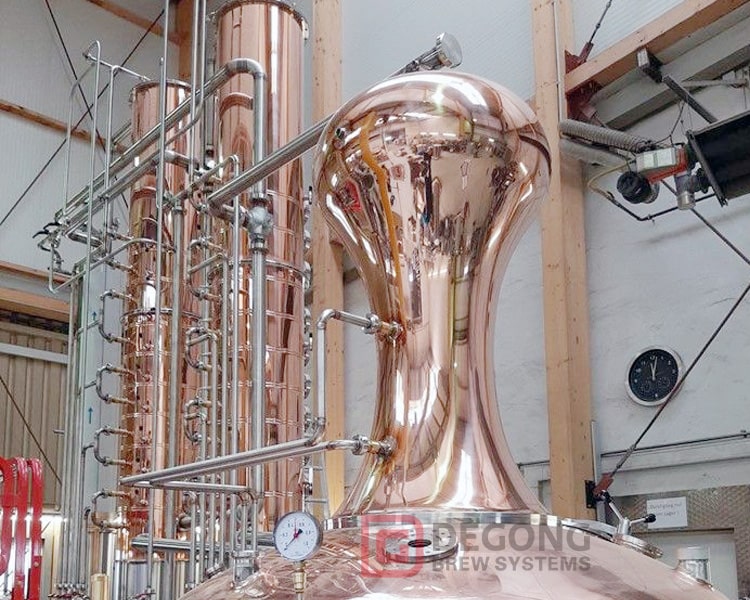 Would You Like to Know More About Degong distillery Equipment?