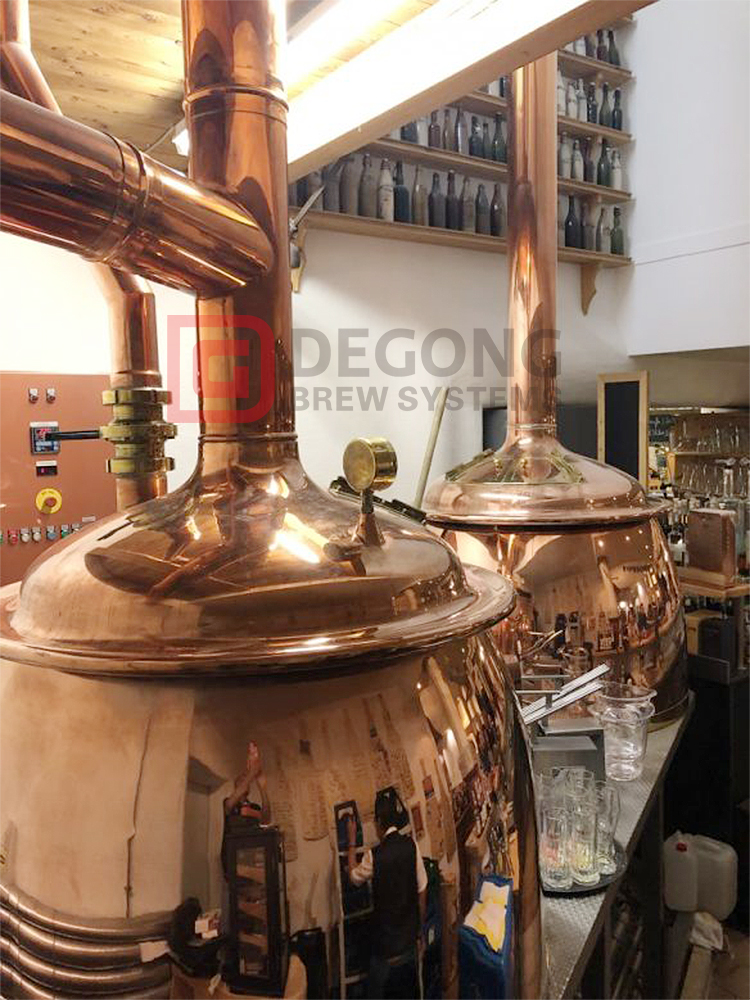 Open technology is not suitable for the production of upper-layer fermented beer, because air entering the active yeast on the surface of the fermented wort often causes harmful organisms to be polluted. This type of beer fermentation tank is recommended for the production of Czech beer Pilsner and other types of beer, such as Dortmunder, Beck, and Marzen. 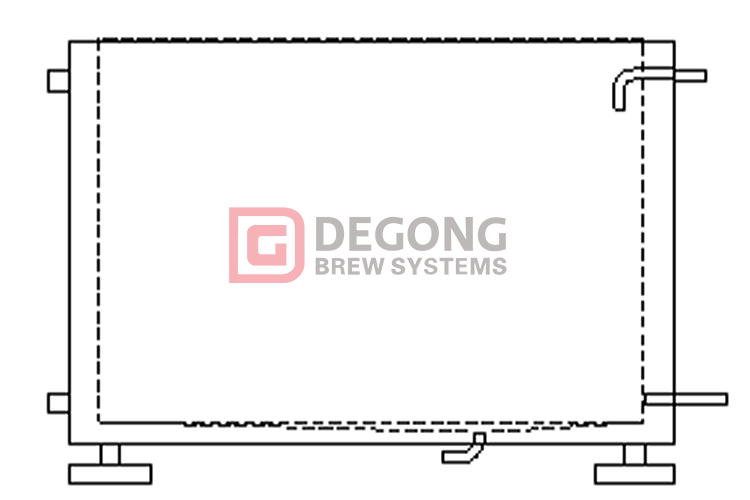 The pressure cylindrical conical tank for the secondary fermentation of beer/cider is built into the compact module:

Compact fermentation unit-compact independent mobile equipment with up to 4 cylindrical tanks, including all the equipment needed for beer or cider primary fermentation, pressure maturation and carbonation process, filling carbonated beverages into kegs Or bottle.

The compact fermentation unit consists of the following main components: 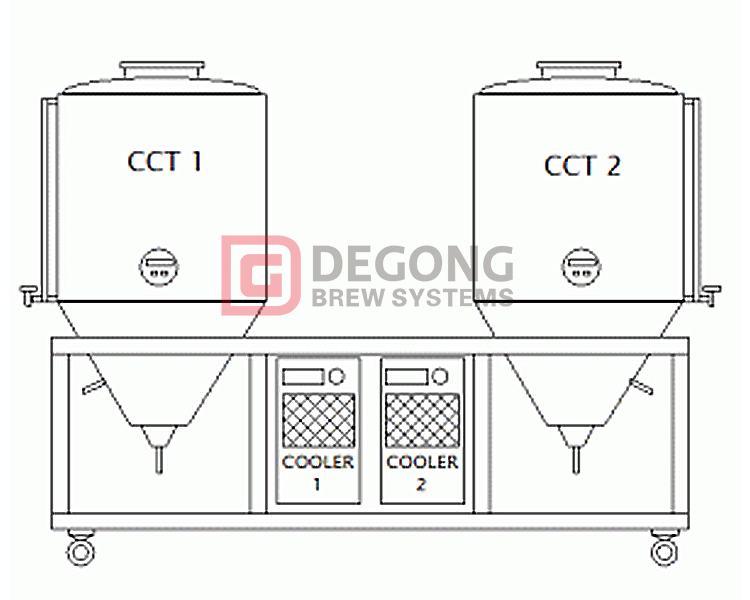 Pressure cylindrical conical tank for the secondary fermentation of beer/cider:

The technology of beer fermentation in a closed conical fermentor is a feature of modern beer production methods.

CCT fermentation tank equipment can be defined by the customer, or you can purchase tanks with our standard recommended accessories. 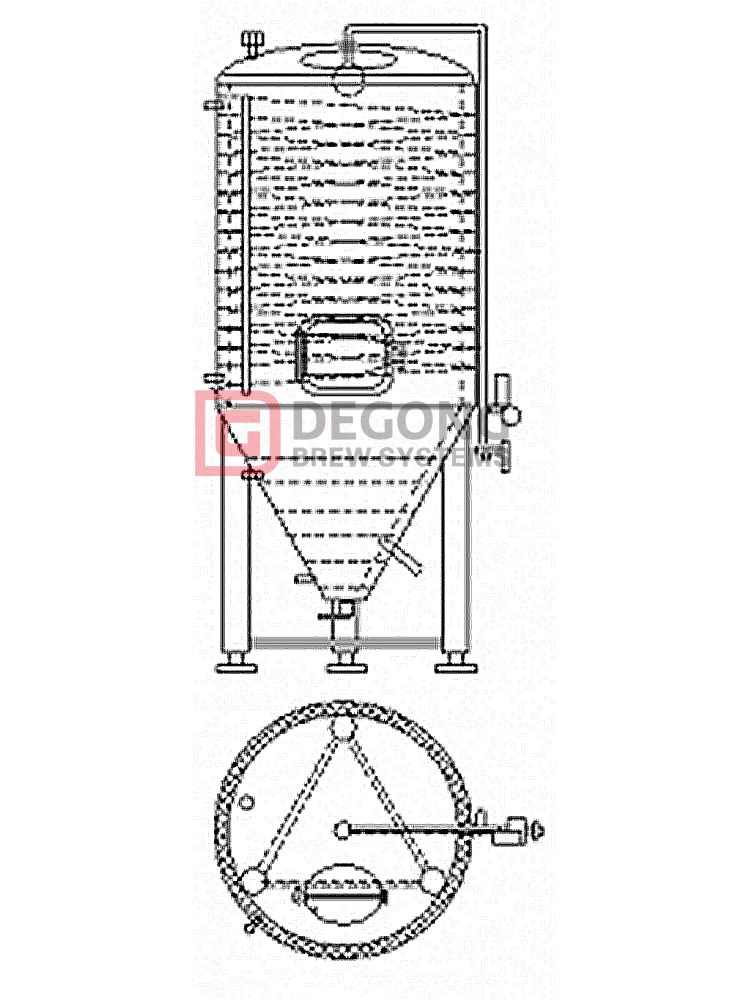 There are four variants of pressure tanks for the secondary fermentation of beer/cider:

The primary beer fermentation process follows the secondary process in which beer matures in a maturation tank (also called a storage tank). In this production stage, the beer matures and is full of carbon dioxide, which is formed by the remaining yeast activity. In this way, the beer gets its final taste. We produce four types of curing tanks-insulated, liquid-cooled or non-insulated, air-cooled. We provide a pressure beer maturation vessel with a fermentation device, which can adjust the pressure in the tank to 3.0bar. 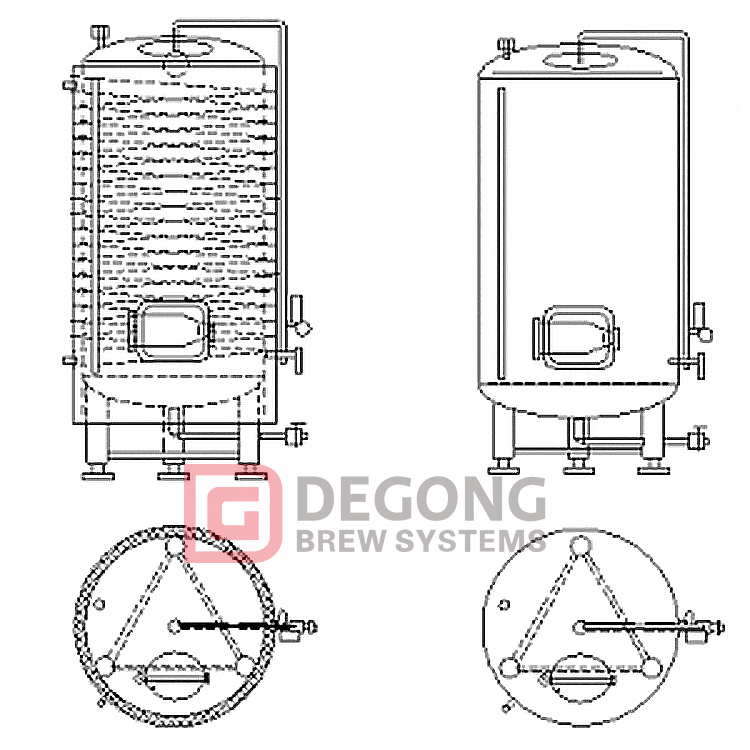 Modular Cylindrical Conical Fermentation Tanks-CCTM is a versatile product in our own production portfolio, allowing you to assemble the fermentation tanks in any configuration currently required to produce beer/cider/wine.

The configuration of the fermentation tank can be changed at any time, even when the tank is pressurized and just filled with beverage during the fermentation process, it can be fully operated. It is impossible to achieve this with other types of fermentation tanks. This possibility can save you costs because you only need a few general-purpose cans for more stages of the beverage production process.