English
High Quality Products Can Be Purchased.
You are here: Home » News » What do you know about hops, one of the ingredients of beer? And the characteristics of hops

What do you know about hops, one of the ingredients of beer? And the characteristics of hops

Hops contain many substances, such as resins, essential oils, polyphenols, proteins, amino acids and inorganic salts, etc. The most important components of hops in beer brewing are hop resins, hop oils and polyphenols, which give the beer its characteristic bitterness, aroma and stability. Hops commonly used in beer brewing are compressed hops and hops products, hops products include wine pollen, hops particles, hops extract, hops oil and the further processing of enhanced hops particles, isomerized extract, and so on.

One,Compress hops
Compressed hops refer to fresh hops that are dried for several hours at low temperature after being picked, and then pressed into complete flowerlike hops with packing density of 300~350kg/m3. In use, manual break or in the low temperature conditions to crush, and then according to the specified proportion and time into the boiling wort. 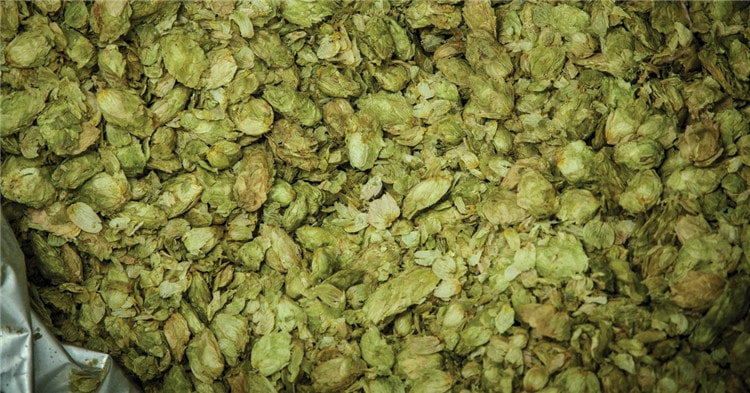 Using compressed hops has the following advantages:
1. Easy to use, it can be stored for about one year under appropriate low temperature and dry conditions;
2. After dispersing in wort, flower-like or flaky flowers and leaves are suspended, turning up and down with the convection of wort, which is conducive to the adsorption and precipitation of protein coagulants.

The disadvantages of using compressed hops are as follows:
1. Large space (or area) for storage of whole hops, more packaging materials and high transportation costs;
2. When using whole hops, the dispersion of active ingredients and the effect of leaching are relatively poor, and the utilization rate of hops is low. Therefore, the adding time should be earlier and the amount of adding should be more;
3. When using whole hops, filter equipment must be used. If the recovery of wort in hops grains is not strengthened, equipment blockage and wort loss will be caused;
4. Due to the uneven content of -acid in whole hops (including problems in packaging, storage and sampling determination of hops), there are certain difficulties in controlling the bitter taste of beer;

Two, Hops pollen
The whole hop is crushed at low temperature and then packed in a plastic bag or nylon bag lined with aluminum foil. The bag can be filled with inert gas or CO2, which can be added in proportion and time when used. Wine pollen has a similar composition to the original compressed hops. 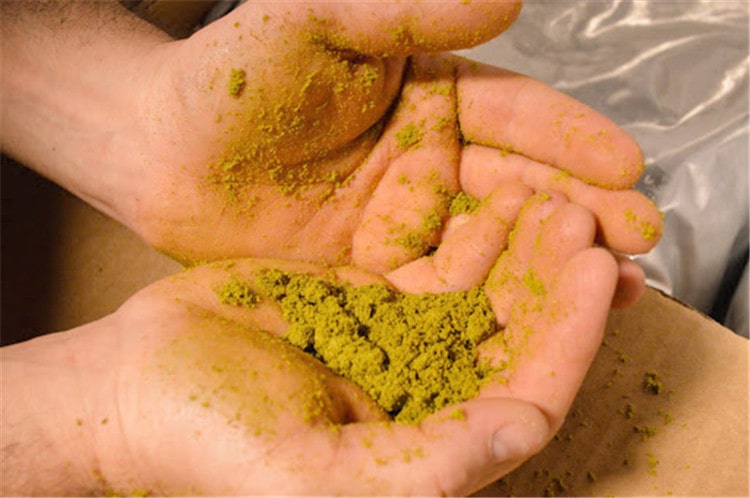 Under the condition of low temperature and oxygen avoidance, the whole flower is crushed into wine pollen, and then extruded into short club-shaped particles with a diameter of 2~8mm and a length of about 15mm, and then vacuumized or filled with nitrogen, carbon dioxide and other inert gases for packaging.

Advantages and disadvantages of using granular hops:
The composition is similar to that of wine pollen, but there is no loss when adding. The effect of increasing fragrance is better than that of wine pollen crushed by ordinary grinder, and the added amount is similar to that of wine pollen.
In order to better use hop, sometimes often will be made enhanced particle hops, hops extract or by the extraction of active ingredients such as alpha acid, pressed into after proportionally mixed with wine to pollen grain, the unit of alpha acid content is greatly increased in the number of hops grains, need to save hop storage area, and can add more effectively control effect. 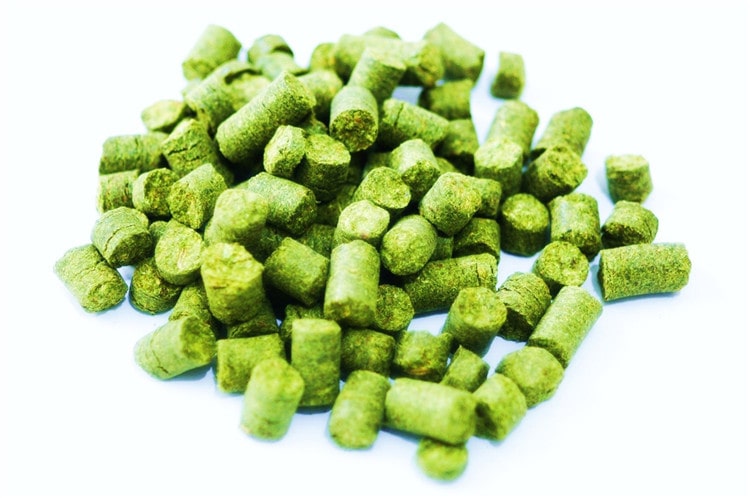 Four,Hops extract
The general hops extract (-acid extract) is a resin extract extracted from the hops by using an extractant. It is a hops product based on -acid. Hops extract is generally sealed in a container and can be preserved for a long time at low temperatures. When added, it is generally added according to the alpha - acid content of the extract and the planned increase in bitterness value, but it is generally added only once or twice, instead of three or four times.

Advantages and disadvantages of using hops extract:
1. Compared with compressed hops, the volume and quality of hops extract are greatly reduced, the quality is reduced by 80-90%, and the volume is reduced by about 95%. Moreover, they are all in small packages, sealed well, not easy to be oxidized, and easy to transport, store and use.
2. Excellent dispersion in wort or liquor, high utilization rate of hops, no residue of hops after boiling wort, no need for hops separation equipment, no wort loss for hops.
3. The bitterness value of beer can be controlled more accurately according to the content of -acid. At the same time, because the extraction composition of hops extract is mainly composed of -acid, especially liquid CO2 extract, and even the fat and wax will not be extracted, the use of hops extract has certain advantages for the softness of beer, the crisp bitterness, and even the foam performance.

4. As the extract contains very little tannin, which is not good for binding and condensing proteins, and the extract itself is an oily liquid, it is quickly dispersed in wort after being added, with almost no effect of adsorption and precipitation of proteins.
5. Because of the high preparation cost, the use cost of hops extract is higher than other hops products. In addition, solvents extracted from the extract may contain residual organic solvents, and although the wort boiling process will further remove these residues, trace amounts of dissolved or organic solvents combined with other ingredients will affect the taste or foams of the beer. Water-soluble isomerization extract (also known as iso--acid extract) can be added directly to the tank, adjusted before being filtered, or used on its own due to its good solubility in water and the bitterness that has been formed. 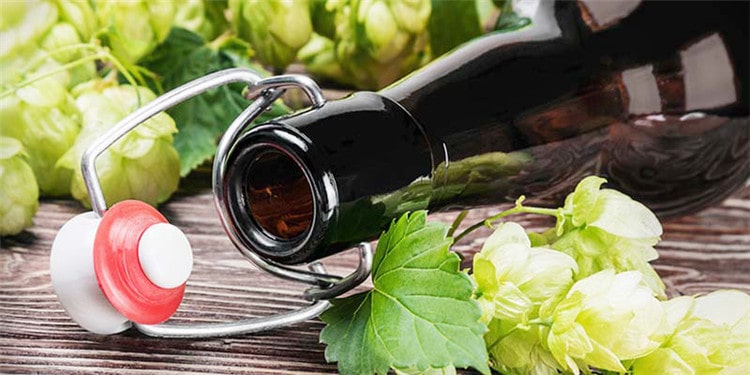 Five, Hop oil
When the wort boils, most of the hop oil components in hops evaporate and escape with the wort boiling, and some of them escape with the carbon dioxide during fermentation. To retain some of the aroma components, hop oil is prepared in a vacuum at a low temperature of about 200C and added at the time of final storage or filtration. This distillate composition is basically the original liquor flower oil composition.
Advantages and disadvantages of using hop oil:
1. Hop oil can be added at different stages of beer production, but it is not easy to dissolve and disperse at low temperature.
2. Hop oil is added directly to the beer and its flavor is similar to that of dry hops.
3. Hop oil can give the beer a stable and lasting hop aroma and delicate taste, and give the beer a typical aroma and flavor characteristics. 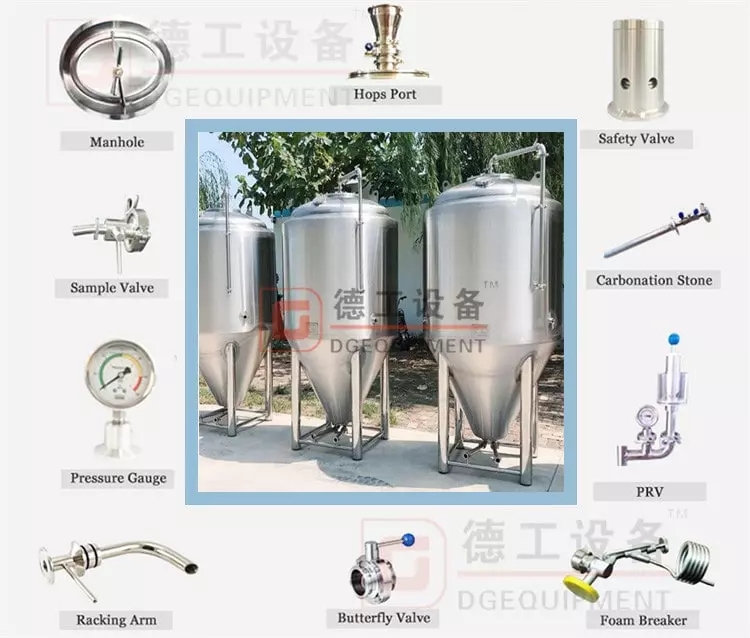 In the brewing process, the purpose and significance of adding hops

(2) Give beer a refreshing bitterness

(3) Increase the corrosion resistance of beer

(4) Improve the non-biological stability of beer, such as polyphenols such as tannins and anthocyanins, form complexes with the proteins in the wort and precipitate. This process runs through the entire brewing process

Any questions about the brewery project,dont hesitate to con tact me.