English
High Quality Products Can Be Purchased.
You are here: Home » News » Is Beer Vegan?

Vegan beer contains common brewing ingredients such as barley, malt, yeast, and hops. It also does not include additives, processing agents, and other elements from animal sources. The following are what brewers use to make vegan beer.

This ingredient is one of the primary bases of beer making. Soaking it in water transforms it into malt. This process releases enzymes that change starches and proteins into sugar. The creation of alcohol becomes possible when yeast feeds on these sugars.

These light-colored grains are mainly responsible for fermentable sugars, minerals, and proteins needed to make beer.

This ingredient contributes to the beer’s deep flavors and grainy features. It also helps the brew retain its head, producing a hazier liquid. Brewers use it primarily to create dry stout.

This grain works best with barley to create a creamy, smooth, and full-bodied beer. It’s mainly used for stouts.

This ingredient provides the beer with a smooth and light sweetness. It stabilizes flavor, lightens the beer’s body, and decreases haziness.

This grain adds complexity and sharpens the brew’s flavors when mixed with barley. It makes the beer pleasantly spicy and crisp, creating a drier masterpiece.

This protein-packed grain creates a full-bodied beer with a thick and foamy head. Large amounts can make the beer hazy and smooth. 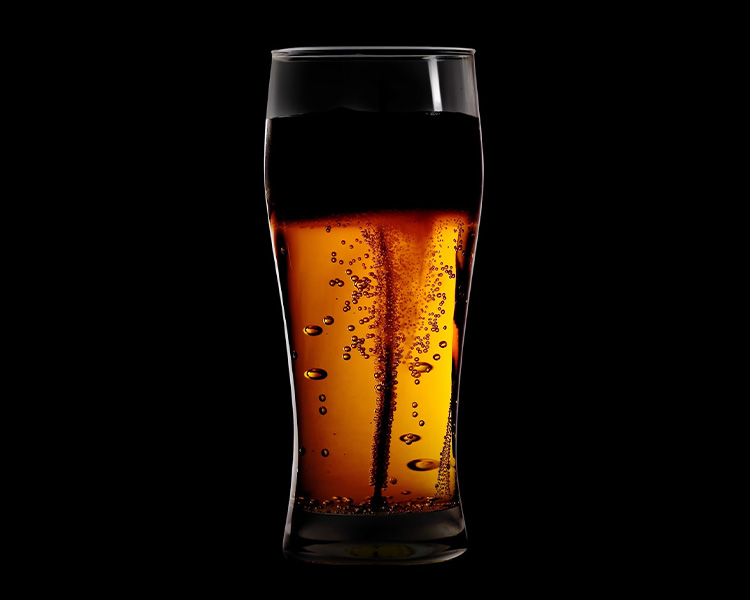 What Makes Beer Not Vegan?

Beers are naturally vegan since it contains plant-based ingredients. However, brewers have added animal-derived products for texture, color, and head retention through the years. Other manufacturers add flavoring like honey or milk to enhance the brew’s flavors.

Beers that contain the following ingredients are considered not vegan.

This common brewing ingredient is made from a fish’s dried swim bladders. Brewers use it to clarify the hazy beer mixture. Most cask-fermented ales utilize isinglass. However, it is more prevalent in British breweries than in the US.

This additive also works as a clarifier and aids in removing the beer’s hazy appearance. It’s a protein derived from cow’s milk.

Another clarifier, this ingredient comes from the connective tissue, skin, and bones of animals. Manufacturers usually derive it from frozen pigskin and cattle.

This ingredient helps in filtering unwanted residue and floaters in beer. It also prevents lump formation and haziness in the brew. It’s a fossilized alga processed into powder form.

Contrary to common belief, charcoal is not entirely plant-derived. Some of it is a product of burnt animal bones. This additive is also a filtering element in the brewing process.

Some craft brewers add aphids to their beer, especially the IPA varieties. These insects provide a unique fruity flavor to the brew.

This enzyme is commercially derived from pigs’ stomachs. Brewers use it to control the beer’s foam and reduce haze.

Some glycerols are plant-based. However, some manufacturers derive it from tallow or rendered animal fat. Brewers use it as a foam-controlling and preservation agent.

This water-soluble protein comes from cow blood. Beer makers use it to control foam and clarify the beer.

The addition of honey in beer lightens its body. It also provides sweet and fruity notes and decreases bitterness.

Although some beers are labeled as “creamy” or “milk”, it does not mean they contain lactose. Sometimes it means that it has a thicker texture. However, some brewers add milk to achieve a different flavor.